Last week Hiroo Onoda died. He was the Japanese Army officer whose last orders in 1945 were to remain at his post on an island in the Philippines no matter what, according to the New York Times obit: 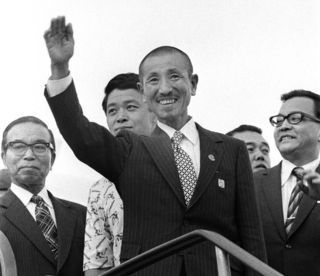 Caught in a time warp, Mr. Onoda, a second liutenant, was one of the war's last holdouts: a soldier who believed the emperor was a deity and the war a sacred mission; who survived on bananas and coconuts and sometimes killed villagers he assumed were enemies; who finally went home to the lotus of paper and wood that turned out to be a futuristic world of skyscrapers, television, jet planes, polution and atomic destruction.

Later asked what he'd thought about during those 29 years in the jungle, he said, "Nothing but accomplishing my duty."

Lord, let us honor Hiroo Onoda. But let us not be him.