It's really hard to argue with any of communication consultant Shel Holtz's open letter to Rachel Maddow, decrying the MSNBC host's blanket condemnation of crisis PR professionals. I, too, was squirming while Maddow wagged her finger at the entire crisis-PR practice, whose abolition would result in corporate attorneys directing every crisis response. 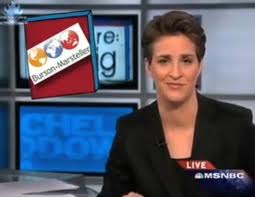 Sez my longtime friend and sometime sparring partner Holtz: "Given no communication counsel—or bad counsel—too many companies clam up and issue 'no comment' statements. They get defensive. They shift blame and take no responsibility." I agree, though I'd add that companies often do that—or a more fancier, more polished version of that—even when they get good communication counsel. Which is probably why we as a society don't applaud crisis communication people for making our world a better place.

I hope Maddow reads Holtz's piece and invites him on the show for an argument. And an argument it would be, because I don't think his screed is airtight. 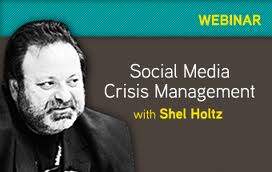 First, he asks us to believe that the daily practice of crisis PR is usually just like idealistic academics draw it up in the textbook. "For most people in the business," he writes, "crisis communication is about getting clients to make the right decisions not just for the company, but for everybody affected by the crisis." This statement will put a smirk on most faces, and is hard to say out loud with a straight one.

Also, Holtz ducks Maddow's implicit question/accusation about why Burson-Marsteller seems to do so much of the crisis management dirty work. He doesn't mention B-M, but simply says PR pros need to know when to turn down unethical assignments and there should be licensing in the business. It's a little facile to dismiss as a "miscreant" one of the oldest and biggest public relations companies in the world. B-M employs more than 2,000 people who do business in 81 countries. That's a lot of bad apples that didn't fall far from the tree.

And finally, he attributes Maddow's attack as a failure of "fact-checking among much of the journalism profession these days." I agree that Maddow's commentary was hyperbolic, I don't think it's a political commentator's obligation to take courses in a profession she's commenting on, or to seek out and report on "many hard-working people in this field whose efforts are based upon honesty and transparency, who perform to the highest ethical and professional standards," blah, blah, blah.

But I agree with Holtz that, in theory and often in practice, it is good for everyone when companies employ and retain people versed in public relations principles (many of which are also journalistic principles) to add their voices to those of the lawyers and finance folks and brand people in the room when the fan is spewing brown stuff.

I think Holtz makes a strong case for the social utility of PR people, and deserves a hearing. I hope Maddow is fair-minded and curious enough to give him one.

Here's hoping the piece gets to her, on a slow news day.