It's not that Bill Sweetland is totally out of his mind. It's that he's totally in his mind, and not constantly aware of what's in your mind, my mind, the public's mind, the corporate mind. 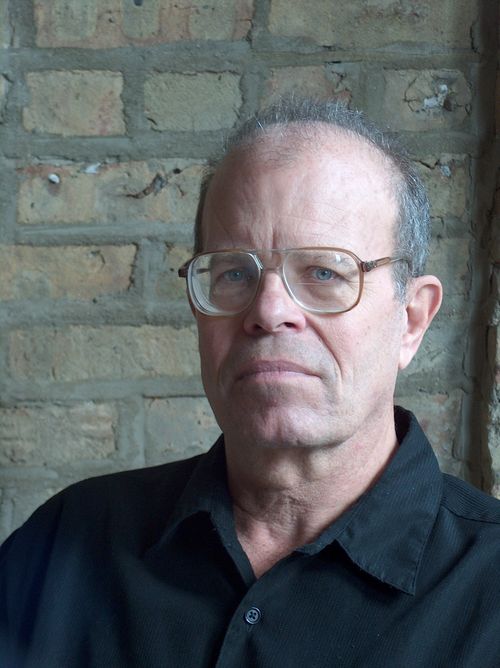 Which means that he often appears to go off "the deep end" or "over the top" in his colorfully stated opinions on subjects such as public education, road construction or the Chicago Bears' offensive line strategy. Whether they come in the context of his writing at Ragan, his work for the Huffington Post or in a personal conversation, the intensity of Bill's tirades and harangues can be confusing to people who are more tied down intellectually, psychologically or circumstantially than he. (That's most of us.)

In fact, as Bill's close friend of two decades, I often find his rants humorous. (Buy me three beers and I'll do you a perfect impression of Bill critiquing the work of John Cougar Mellencamp.)

But I have also found them useful enough that I have to count Bill as an intellectual influence on a par with my own parents.

I've come across a recent Sweetland salvo on a subject near to the hearts of some Writing Boots readers. I think it may be useful to us all. Useful enough, in fact, that I'm giving over a whole week's posts to it, and to the discussion I hope it will incite.

Last year, a corporate editor entered his slick, sophisticated employee magazine into the Ragan Recognition Awards. Entrants into that awards program receive a critique—usually a few sentences of encouragement and constructive criticism.

Fortunately or unfortunately for this editor, the judge who wrote his critique was Bill Sweetland. Bill's nearly 4,000-word critique was Dresden, all over again.

And yet—you'll be the judge of this—it could have been written, fairly or unfairly, about almost any corporate publication in the world. Yours included.

In four parts, today through Thursday, I'll run the most germane excerpts from this critique (the name of the company, publication and editor have been dedacted or disguised).

Editors of employee publications, I hope you'll read this as a critique of your own work, and respond to it.

And then, on Friday, I'll run this editor's response to Bill's critique.

Bill began by answering the first criterion of the Ragan Recognition Awards:

1. Does the publication make a solid connection between the strategic goals of the organization and its intended audience?

You say in your self-evaluation that the publication “makes key leadership initiatives and messages more accessible.” Let me test the accuracy of your statement by looking at the Fall 2009 issue. Mr. R., every story feature story in this issue but one is about the after-work activities and adventures of the very interesting people who work at the company. Only one feature in this issue could conceivably be labeled a “key leadership initiatives and messages” story, and that is the article titled, “Laying the groundwork,” about the Customer Services Group.

You may reply, “Even if I grant your premise about this being the only story on ‘key leadership initiatives’ in the issue, look at the location of the CSG article. It leads off the magazine.”

And that observation is correct, Mr. R. But still, the next five stories are about (in order):

1. An employee worker who climbed Mt. Everest
2. A worker who has made a career, half in and half out of of the company, it seems, selling the concept of a personal brand
3. An employee who has done excellent things for the lower schools in the country of Sierra Leone
4. An employee who is fighting a rare disease that strikes surfers
5. A Cincinnati couple who are successfully balancing 60-hr. work weeks at the company while raising four small children

And that is why this first feature on the CSG seems to me more like a dutiful, hurried nod in the direction of strategy and the work that employees actually do at the company, so that your magazine can get down to what really is interesting: what employees do after work and on weekends.

And that attitude, I submit, leads to a meager, perfunctory job of covering the company, explaining the work that its people do, and satisfying the curiosity that your 40,000 employees must feel about the company they work for. And what about telling stories of managers and employees who solved intractable, distracting work problems at the company through the application of uncommon intelligence, common sense, and perseverance? Not one article on this theme.

Your publication urgently needs more than fascinating stories about the extra-curricular activities of employees. What is your company really like? What problems do your workers encounter, and how do they overcome or solve them? What new business are you pursuing? What is your competition doing? Where are you the leader in your industry, and where not? What are your company weaknesses (or at least, some areas in which you want to improve) and how are you working to overcome them?

What are the company's “strategic goals"? Do you have any? Are they written down? Frequently updated? Measurable? What progress has the company made toward fulfilling those goals in the last year? The last two years? The last five? Do you have charts published in your magazine showing how far you’ve come in the fulfilling of those goals? If not, why not?

What makes these questions all the more pertinent is the fact that, according to an article in Spring 2009 issue the magazine, “Looking to the Future,” the company boasts a Strategy, Research & Innovation Group, numbering nearly 350 members—and your competitors have no such group. Why then isn’t the company's strategy the biggest and most important editorial subject in the publication?

And may I say that this article I just mentioned contains no new ideas about the firm's strategy, no clarion call to battle, no detailed description of the real business issues the strategic team is working on. It is all deliberately superficial, strategy lite, and extremely unsatisfying.