Never satisfied with the pre-sales of my forthcoming book, An Effort to Understand, my rapacious agent at Publishizer encourages me to sweeten the pot with special offers—even now, with the campaign expiring at noon this Saturday. Especially now, since we need about 137 more pre-sales to get to the magic number of 500 that makes traditional publishers swoon!

Short of asking people to buy more books or urge their friends to do so, which is beneath the dignity of my office …

… what can I offer readers to make the book more enticing?

I mean, everyone who pre-orders already gets an invitation to the book launch party, on a date and at a location to be determined.

Various bulk-order packages also include my autograph, admission to an exclusive "Communicators Club" community, a free subscription to Vital Speeches and an invitation to a webinar where we all talk about the book and its implications. One fat package even includes a free pass to a Professional Speechwriters Association event.

What more do I have to offer, aside from my body itself?

I joked to my rapacious agent: What if I offer to lead a certain level of buyer on a literary pub crawl?

My rapacious agent said: Why not?

Because my idea of a pub crawl involves several ambulances idling outside, and a priest on call.

But just for conversation's sake: Any pub crawl I would lead would take place in the Polish and Ukrainian neighborhood where I live, in Chicago.

We'd begin at a Polish bar called Zakopane. Located in the extreme south of Poland, Zakopane is a charming little mountain village. Located on Chicago's near west side, Zakopane is a bar suitable for napping. The bartender, a still-mesmerizing Polish beauty of about 65, will teach us how to pronounce the name of this beer. 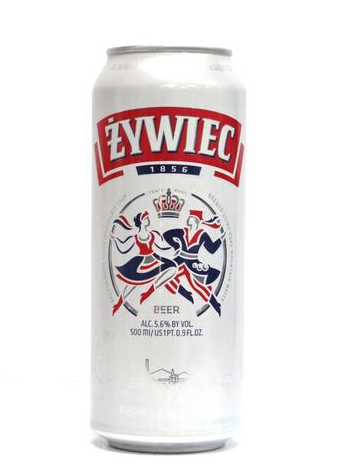 We do not move on to the next bar until everyone gets it right. Meanwhile, I'll tell you what the Polish in this town—and also the Irish and the Italians and the Ukrainians—taught me about communication.

Assuming we make it to the second bar—that's the misleadingly named Happy Village Tavern, from which I was once banned for life on the very same day that I gave a speech to 300 employees at the United Nations, in New York. I'll regale you with that yarn, in hushed tones.

After we're thrown out of there, it's just a one-block shamble to the dust-caked Inner Town Pub, where I'll tell you about the first time I met Studs Terkel. It was the week after 9/11, and the elfin 89-year-old was lying in wait for the editors of the Chicago Sun-Times because he was going to kick their ass for assassinating his character … anyway, we'll have a shot of the Chicago medicinal liquor delight, Jeppson's Mallort, which fends off mesothelioma.

Now we'll haul ass to the Rainbo Club in bug-eyed search of something to get the taste of wormwood out of our mouths. We'll elbow some jagoff hipsters out, out, out of the corner booth—hell, out of the whole bar!—and settle in to tell each other everything we know about America's greatest novelist, who set most of his books in this neighborhood and drank in this very bar. And since I'm the only one who will know a goddamned thing about Nelson Algren, I'll do most of the talking.

And that'll be about it for most of you. But me, I'll just be starting to get the glow. Follow me to the … well, just follow me. Our last bar has a name, but the name is worthless to you because it's not posted outside and you'll never find the place without me. It is not a Chicago corner tavern, it's a Chicago corner cavern.

And it's only a couple of blocks from my house. So we can crash there, if we come in really quietly, which we won't. But we're family now, I'll explain to my wife in a stage whisper while you hide in the bushes.

That's why we shouldn't offer a literary pub crawl to an exclusive group of folks who pre-ordered lots of books.

Because we should all celebrate the publication of the book this way.

So this is the book launch, open to everyone who pre-ordered An Effort to Understand. Date TBD, but will let you know long in advance, so you can make your travel plans.

We'll celebrate the book An Effort to Understand with a literary pub crawl, "An Effort to Stand."