Once a junior editor I was mentoring asked me why I was so good at writing headlines.

I think a lawyer might be writing some of the New York Times headlines.

Or the subheads, anyway. Like this one, that I saw in last Sunday's paper, about trends in television.

"The streaming era is thought to be a golden age for women. But the reality turns out to be much more complicated."

First off, I wasn't aware that unnamed people passively posited that streaming TV would be good for women. But OK, I guess I could see that.

But as a reader, here's what I don't want, on an issue I hadn't yet considered: a reality that's "much more complicated"!

If I were writing this headline, I'd have introduced characters and reduced the daunting complexity. "Hollywood producers promised the streaming era would be a golden age for women. Not exactly." 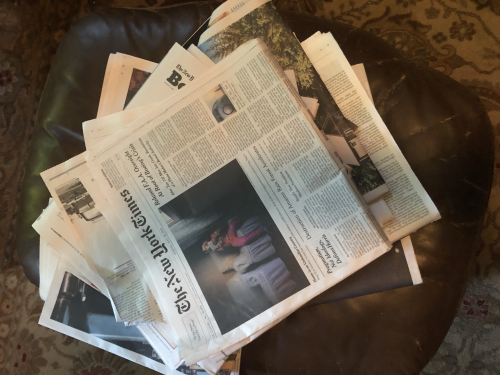 Meet the reader where I live: On a Sunday morning with a whole newspaper to read before the house wakes up. Do I have time to fathom the complexity of the streaming television landscape? Yes, I probably do. But you're going to have to do a better job of coaxing me into it, than this.