A Writing Boots reader recently wrote to thank me for taking down false gods on LinkedIn.

I have been so infuriated by what I’ve read on LinkedIn lately that I've waywardly been fantasizing about becoming a part-time Linked-In troll, shouting "bullshit!" and “what a croc of platitudes!" in the comments sections of many, if not most, posts. This would obviously be unwise, but boy it’s tempting.

Wouldn’t it be the best fun ever to throw burning firecrackers of real world advice into the fairy floss, blissed-out world of Linkedin, where everyone is so fucking humble, yet so pathetically proud, of their utterly vacuous "insights" into leadership?

Which brings us to the case of Ethan McCarty.

This week I ran across a piece in the Institute of PR, written by this stylish and influential employee communication consultant. 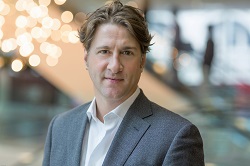 Ethan's post is titled: "The End of Linear Storytelling."

It's a pretty perfect seminar on how to appear to be a thought leader without a thought to lead with.

You begin by claiming that something everyone believes is eternal is dead:

Then, you lay out a series of evidence-free claims and straw man arguments:

In our world of digital experiences, linear narratives no longer bring in the crowds much less compel them to action.

Sure, it’s nice to snuggle up with a nice cozy book or long-form written piece, but that’s hardly the most ubiquitous and engaging way of communicating ideas.

Every story is an endless thumb-sucker that involves a “nice cozy book.” Claimed no storyteller, ever.

[Linear storytelling] is no longer the single solution and, put plainly, it is not enough anymore.

Enough for what? And what communicator ever said that that storytelling, linear or no, is the single solution to anything? Ethan goes on to baselessly accuse corporate writers of “slavish devotion” to long-form storytelling.

Then, after offering a chart full of false dichotomies …

… Ethan cites several irrelevant and eye-glazing examples of effective-communications-that-aren’t-stories. Of one of them he claims, "It was epic. It was beautiful. It was interactive. And it was non-linear, data-driven story-telling that no plot-line could ever capture." Oh my goosebumps.

Ethan is what my friend Bill Sweetland would call a “professional grinner,” who says hip-sounding things like “throw shade”—as in, "I don’t mean to throw shade at this essential piece of literary theory"—but serves you five-year-old pancakes fresh off the griddle.

Indeed in his idea that stories are out and "experiences" are in, he is about a half-decade behind “content marketers,” like Robert Rose, who published Experiences: The 7th Era of Marketing, in 2015. No doubt Rose is onto the 8th or 9th era by now, depending on his client attrition rates.

Honestly, the piece is much worse than I've described it (see for yourself). It's a great cathedral of nonsense, the full demolition of which would cover the planet in asbestos dust.

But the last paragraph contains almost a fallacy per word, so let's at least make quick work of that.

I know, it’s a bit ironic to preach the “end of linear storytelling,” in an article with a beginning middle and end.

Your article isn’t a story. (It’s barely even an article.)

But I don’t think linear storytelling will ever go away. It’s a big part of how we communicate with one another because our brains are wired for it.

Ah yes, the wee caveat at the end of every phony article promising a revolution. ("I'm not saying we will ever be truly independent of England. I don't think the Red Coats will ever go away …") You got our attention by promising the end of storytelling, and now you want to leave us with the non-thought we came in with: that stories aren't the only thing in the world.

And hey, sometimes a good story around the campfire is the best approach. But it might just be time to trade in our trusty catharsis for a little bit of engagement.

As noted LinkedIn troll Bob Dylan once sang, "You just kinda wasted my precious time, but don't think twice, it's all right."