Last July 4, I finally obliged an essay that had been trying to write itself in my head for a few years, about my old man and his America—and me, and mine. 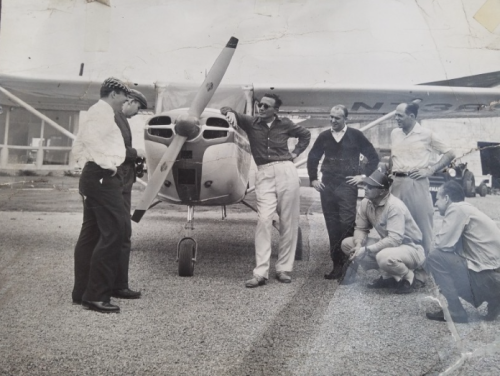 I published it on Medium.com, and I heard from lots of people who said it hit them square—including a Melbourne woman who came up to me at a cocktail party in Sydney. The old man would have gotten a kick about that.

If you missed it, it began:

My father’s been gone almost 10 years.

On the Fourth of July, I cannot decide whether I want to wake him up to tell him all about the national calamity, or let him sleep, and spare him the pain.

I think I’m going to wake him up.

My spirituality is like a lot of people’s, I think: The closest touch we have with God is the memory of our beloved dead, after we have washed them and groomed them and dressed them and arranged their quiet hands. And the closest thing to prayer is the conversations we have with them, still.

Read the rest, if you feel like praying too.