"People want to know one thing," exhales the world-weary communication consultant. "What's in it for me?" 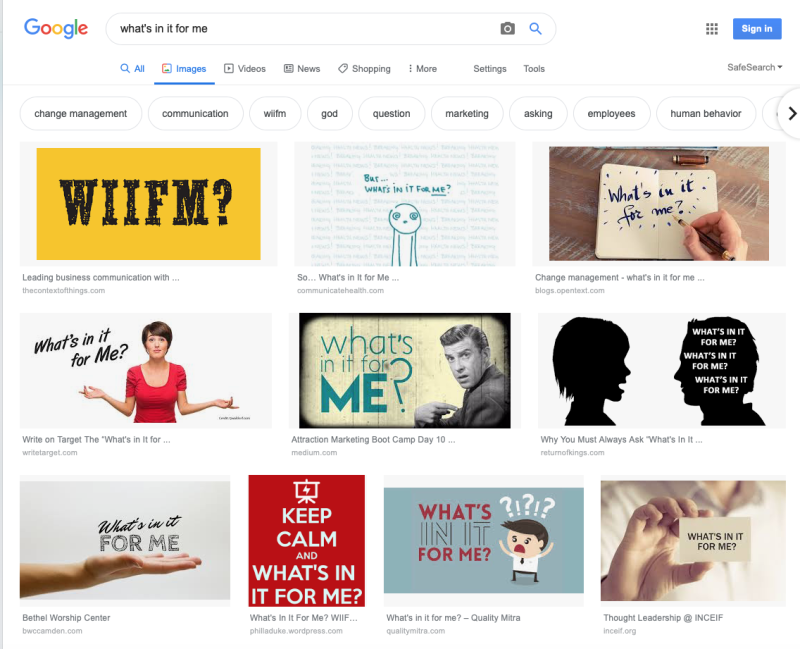 This burlap-clad cliché has bothered me for years, and I only recently put my finger on why: It groundlessly accuses all humanity of being mindlessly selfish. That's a pretty big claim for a communication workshop, isn't it?

"There will never be another me," was what my adman dad said every person's theme song was. He would also dismiss the concerns of people he felt beneath him with the phrase: "little people, little lives." Dad could be a real snot. Like a lot of advertising people, I guess.

It's easy, as a mass communicator, to become a snot. H.L. Mencken used to write controversial columns with the sole intent, as he plainly put it, to "stir up the animals."

But sweeping snottiness is dangerous. "Basket of deplorables," anyone?

Writers should err on the side of seeing in ourselves, everyone else—and vice versa. My first boss Larry Ragan wrote that the writer who imagines that readers have different basic interests or feelings or thoughts than he does "is in more trouble than he knows."

And in the end, despite my dad's occasional arrogance, his stated communication philosophy was, "We are all the same." Which isn't true, either. But which is the side of the flag on which to miss.

So when somebody says that the only thing people want to know is what's in it for them, it reminds me of political partisans who express exasperation that the unwashed masses of "don't vote their interests."

Well, do you always vote your interests? Or, rather, do you in fact take pride in voting your ideals and values—often in conflict with your financial or practical interests. You want to pay higher taxes, to fund better schools. So why should everyone on the other side vote their interests, like dogs for extra bowls of food?

And those people who you accuse of asking only, "What's in it for me?"

Aren't they more like you? And don't you ask, when deciding to read or buy or believe or vote for a thing, ask yourself a more generous question: "What's in it for me—and my family and my friends and my community and my country and my world?"

Why do you think you're the world's only altruist?