Early Sunday afternoon, South Bend, Indiana Mayor Pete Buttigieg delivered what everyone agreed was a terrific speech, announcing his candidacy for President of the United States.

A New York Times annotation shows you how thoughtfully the speech was structured, and how artfully it was composed. Subtle references to history, calibrated hints at his agenda, carefully chosen and well-rendered personal revelations, all leading up to a swelling metaphorical conclusion:

If you and I rise together to meet this moment, one day they will write histories, not just about one campaign or one presidency but about the era that began here today in this building where past, present, and future meet, right here this chilly day in South Bend.

It’s cold out, but we’ve had it with winter. You and I have the chance to usher in a new American spring.

So with hope in our hearts and fire in our bellies, let’s get to work and let’s make history! 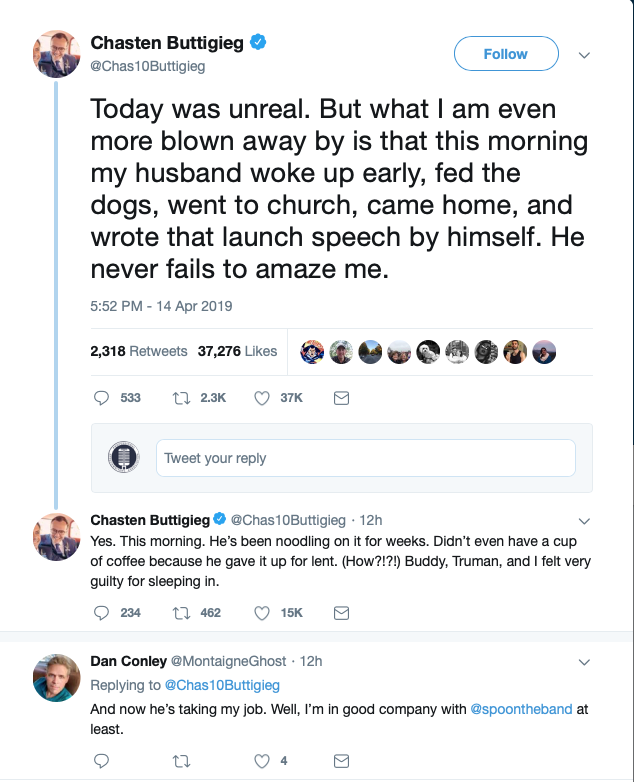 Shout-out to PSA member Dan Conley, who somehow managed not to question how Buttigieg could have typed a speech this long—let alone written a speech this important—by himself, in an hour. (Let alone why he would try!)

That's the report from the most authentic candidate here in the Land of Authenticity.

Meanwhile, on the Continent of Artifice, the Deputy Prime Minister of the Netherlands was publicly celebrating the work of his "unsurpassed speechwriter," who won a Cicero Speechwriting Award. 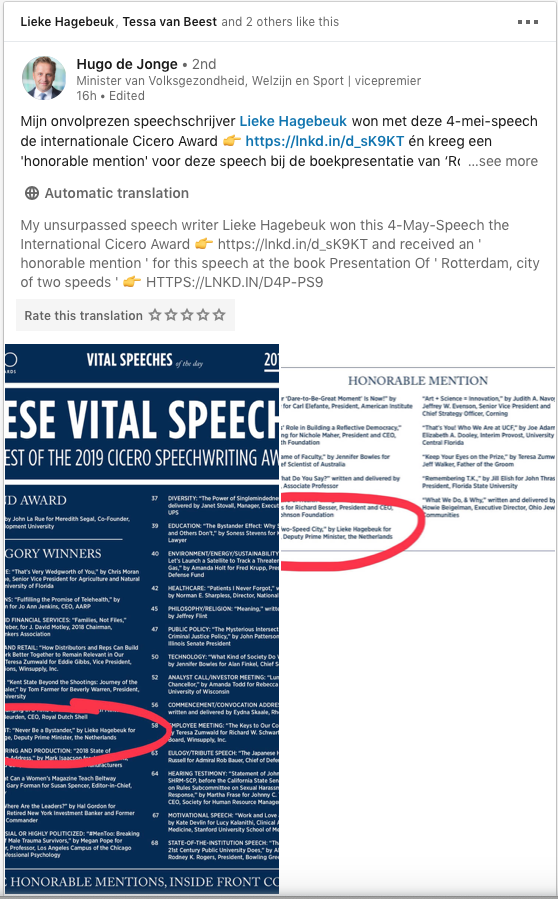 We'll give Pete Buttigieg the benefit of the doubt: He can't help it if his husband has old-fashioned notions about authenticity and authorship.

It's also possible that Buttigieg wrote most or all of the speech himself. In fact, his communication advisor claims it. 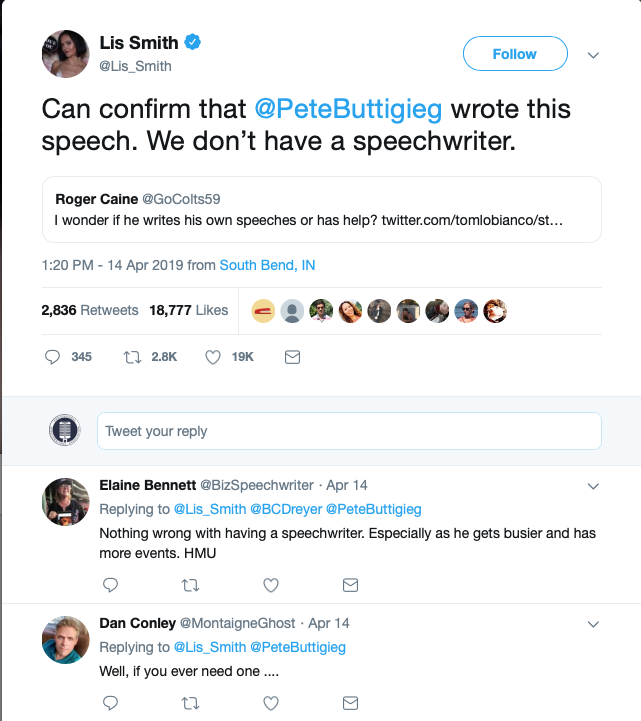 But not the morning of.

And not without coffee.