I come down a little late to deliver my opening remarks. (I had a year to prepare. How could I be late?)

A thousand speechwriters—every speechwriter living and dead!—wait patiently for the ceremonies to begin. 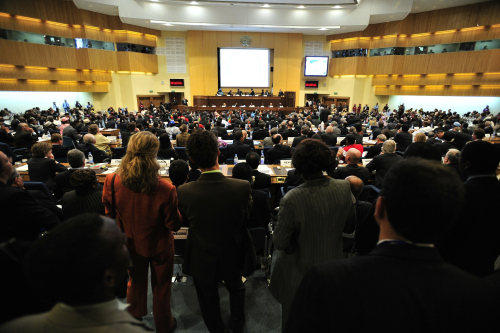 From the back of the cavernous hall, I rush toward the podium and am initially relieved to see a panel gathered.

Except, we don't have a panel for the keynote. We have a keynoter for a keynote.

These are strangers, just loitering around the podium!

I ask them if they've seen our keynoter. "He's a British guy." They haven't. I shoo their worthless asses away.

I check my phone for a message from the keynoter, but the screen is just a bunch of colors.

Benjamine? Nowhere to be seen.

I must be dreaming. I jump up and down to check (pinching oneself is a cliché, and speechwriters, however tolerant they are of tardiness, do not abide clichés).

I also realize I've left my notes in my room. Maybe if I go up and get them things will be resolved by the time I return.

But once I'm in the elevator, I don't remember which floor.

And still, the speechwriters wait patiently. Having suffered so many backstage nightmares of their own, speechwriters are the most patient audience in the world.

But soon they will grow hungry.