As long as I'm re-publishing time-capsule posts from 2015—(it's a busy week)—I might as well re-post this, from July of that naive and innocent year. —DM

One day last week I went for a long run, from Chicago's West Side to the South Side.  It was hot, and after a few miles I felt dehydrated. 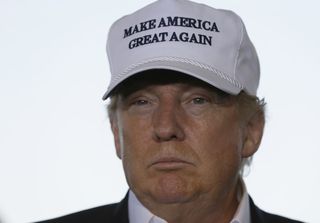 So I stopped at a gas station and bought a bottle of water. I stood in line, sweating, behind a morbidly obese woman with elephantine ankles that made it difficult for her to walk, who was taking lots of time choosing between various flavor varieties of large sacks of Hot Takis.

That woman, in case the Trump story has already mesmerized you into such a stupor that I have to spell it out for you, is you.