One weekend every summer for the last seven, two foursomes of forty-something friends drive from Chicago to Peoria to play approximately 1,000 holes of golf in three days. 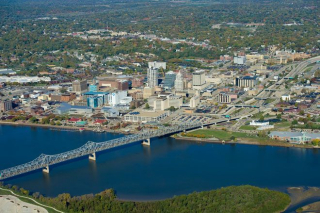 LIFE HACK: Establish something that's annual, predictably fun and cheap enough that you know you can pull it off every year. You get value on every discouraging day all year, from just knowing it's on the calendar. It's truly good for you.

But in these days of political polarization between liberals and conservatives and city mice and country mice, there's an unexpected benefit to an annual invasion of the hinterlands.

Here are some things I've learned in Peoria in the rare moments between golf swings, beer swigs, fart jokes and farts themselves:

So how did we play in Peoria? Better culturally than athletically.

I encourage Chicagoans and other city slickers to visit the Peorias of the world—a modest act of curiosity and citizenship (and tourism largesse) that will result, more than any healing words a campaigning politician might utter, in more national unity and understanding.