Over the years I've published many of the Facebook musings of my mild-mannered graphic designer pal, Buffy Van Huis. 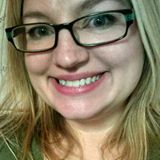 Reveries such as, "Sitting next to the dirtiest of hippies on the train has taught me a little something about the smell of damp cardboard and expired bologna." And, "When you called me a bitch, I bet you didn't expect to get on the same elevator as me. Or the part where I stand really close and grin." And, "My husband found his high school football highlight films. This is my suicide note."

Well, Buffy has mellowed with age, as we all have. But a recent trip through her Facebook feed proves she's still got it.

I'm at my most blonde when I reach over the counter and dunk my nipple into a freshly poured cup of coffee. #doingitwrong

I'm at my most blonde when I'm at the doctor and I ask for a flu shot just before they diagnose my symptoms as the flu.

Getting catcalled at AutoZone ranks right up there on my list of life goals.

Things I didn't need to overhear today … or ever: "You probably didn't wipe good enough and there were traces of mucus in the sample."

It's amazing how quickly you go into ninja mode when someone tests the lock on the bathroom stall you're in.

Put on hold for a total of 35 minutes with the same staticky song on repeat doesn't make you stabby at all.

Whomever thought it was a good idea to allow people to drink while grocery shopping, let's make out.

Shower beer might be the best of all the beers.