Or as David Martyn Lloyd-Jones put it in the preface to his 1971 book Preaching & Preachers, “Some may object to my dogmatic assertions; but I do not apologize for them. Every preacher should believe strongly in his own method; and if I cannot persuade all of the rightness of mine, I can at least stimulate them to think and to consider other possibilities.” 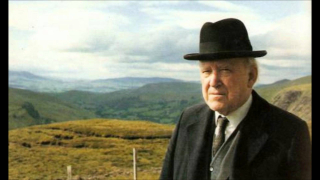 Over the last year, I’ve been preparing for the birth of Vital Sermons, an ambitious grandchild to 83-year-old Vital Speeches of the Day. I think I know what makes a good speech. I needed some grounding on what makes a good sermon, and Preaching & Preachers kept popping up as one of the best books on sermons, even though it’s almost 50 years old and its author, the minister of London’s Westminster Chapel for three decades, has been dead now for almost four.

From Lloyd-Jones and the great preachers on whose shoulders he stood, I did learn something about what makes a good sermon and a good preacher.

The book also helped me clarify and articulate my ideas on good speechwriting. And to my occasional consternation, what I learned contradicts some of what I’ve taught speechwriters over the years, and what many of us have come to accept as true about our business.

That would please the old Welsh preacher, who believed, “If people can listen to us without becoming anxious about themselves or reflecting on themselves we have not been preaching. [Preaching] addresses us in such a manner as to bring us under judgment; and it deals with us in a way that we feel that our whole life is involved, and we go out saying, ‘I can never go back and live just as I did before. This has done something to me … I am a different person as the result of listening to this.’”

I’ve extracted six ideas from the book that changed or tempered the way I think about speechwriting and speechwriters (and writing and writers). Maybe they’ll do something to you, too.