Oh my God, I have become one of these blockheads who points to a code of ethics to settle my arguments. A former speechwriter drove me to it. 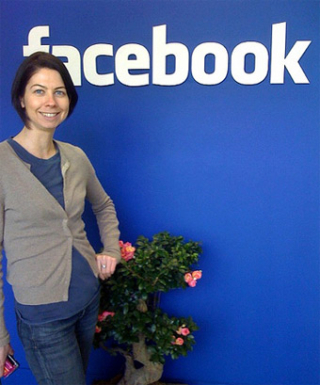 published a very smart piece yesterday on Vox. It was about her time there, and it was headlined, "I was Zuckerberg's speechwriter. 'Companies over countries' was his early motto."

Mostly, Losse quotes anonymous colleagues—“'We are building a social operating system,' colleagues would say"—and describes the culture and the ethic of the place vividly and credibly.

Facebook employees are often brilliant and technically gifted. But the atmosphere we inhabited did not encourage asking questions about power, at least publicly. Instead, internal conversations stayed focused on technical and growth questions; questions that can be answered with metrics—how fast are we growing and what technical roadblocks can we remove—rather than introspection.

To my mind, anyone who worked at a high level in an organization has the right (and in some cases the duty) to describe the experience and share insights if the company becomes relevant to the larger society, as Facebook has in ours. I have no beef with the thrust of Losse's piece, and I personally agree with its conclusions.

But it was one section specifically that sent me running for the Professional Speechwriters Association's Code of Ethics, written and adopted only a couple of years ago—and certainly unknown to Losse, who left speechwriting entirely:

My job as Zuckerberg’s speechwriter meant I helped him formulate his internal and external communications, from blog posts to company-wide emails. This meant that not only did I need to understand the full scope of the mission, I needed to be able to argue it eloquently to others and foresee criticism. At the time, I felt that the biggest long-term threat to Facebook’s popularity was, ironically, becoming dominant to the point of overbearing monopoly.

My worry began to deepen when around this time Zuckerberg began using the language of states to talk about Facebook’s burgeoning power. “Companies over countries,” he told me once, as we discussed a blog post about Facebook’s goals. “If you want to change the world the best thing to do is to build a company,” he added. …

But the question I was afraid to ask him was this: If we were to achieve our goal, why should the world trust Facebook or Zuckerberg to shape and manage this new global meta-society? Could Zuckerberg, who wields considerable power over Facebook’s share structure, develop the self-awareness and responsibility to manage it?

That's the second tenet of the seven-tenet PSA Code of Ethics. And though I don't know the precise understanding that Losse had with Zuckerberg, I doubt he would have expected those words—or the story of their exchange—to be made public.

That's about as clear a violation as you're ever going to see of this code, whose own preamble acknowledges: "Speechwriting is and always will be ethically fraught. The very attempt of one human mind to write an expression to be issued by another human mouth—that mouth usually owned by a figure vastly more influential than the writer—makes speechwriting an ethically complicated job. But for that very reason, speechwriters have yearned for a code: some generally agreed-upon ethical guidelines to show their leaders, their clients, their colleagues and their listeners what speechwriters should and should not do with their peculiar powers of persuasion."

Speechwriters beg their clients for access to their mind—they beg their clients' spouses for access to the speaker's mind: Personal stories, deeply held convictions and memorable, genuine words to describe them. When speechwriters get together, they kvetch about how resistant clients are to their well-meaning entreaties, on behalf of meaningful communication and the common good.

And what do they do with the goods they do manage to weedle from the client—or that the client willingly gives them? Seven years later, they use the material to write a piece on Vox.

No, they actually don't. But Kate Losse did. And she probably didn't need a Code of Ethics to tell her that she shouldn't be sharing that Zuckerberg conversation in her piece. I bet she itched when she wrote it and agonized over including it. But she did it anyway, because it gave her piece grit.

"I always thought that while we could talk amongst ourselves, there is a certain amount of confidentiality owed the people we write for," a speechwriter told me this morning in an email. "If every speechwriter does a tell-all, we’ll soon enough be told nothing."

Every speechwriter won't do a tell-all, of course.

"Whatever happened to the bond of Omerta between speaker and scribe?" asked a speechwriter on LinkedIn.

Nothing happened to it.

In fact, in the two years since we adopted the Code of Ethics, this is the first time I've actually seen any of its tenets violated, and the first time I have had the nerdy privilege of invoking it.

But when any speechwriter violates it—or ex-speechwriter—I guess that writer should be called out publicly, to reassure other leaders in the knowledge that, no, this is not how speechwriters normally operate.