You run across something interesting. You think about what kind of an article it might make. You figure out what publication might take such an article. You find the editor, and pitch her or him. He or she says yes, and you spend days or weeks or months reporting, writing, rewriting and proofing the article until it's finally published, in The New York Times, or The Atlantic.

And your best pal writes to you and he says, "Hey, can you mail me a photocopy?"

And you realize that yes, you're the fucking paperboy, too.

My dad self-published a novel 20 years ago. When it came out, he expected a call from Matt Lauer, at the Today show. When that call didn't come, he very reluctantly deigned to write a press release for the book. And then he asked me to find a list of editors to email the release to, because grubbing around for editors' emails was definitely below his stature as an author.

When I sent him the list, I think he was mad that I didn't take up the publicity campaign myself. (But I was a writer too, and had my own 24/7 PR operation to run.) Petulantly, I thought, he sent he the release to all of the editors, at once. Because a four-decade career in the mass communication business had taught him that editors love to be treated like cattle.

Hey, the man had dignity. He also had a lot of boxes of books in the basement when he died.

I've found I actually like doing self-promotion—for my articles, for my books, and even for my conferences. You know the hoary old quote about the writer who hates writing but loves having written? The promotional work seems like an active, rather easy, breezy aspect of the happy "having written" stage. Kind of like going to the book-signing.

I like to humble brag when I've done something great—"Yeah, I have a piece on Petraeus in The Atlantic" … hyperbolize entertainingly … and tease a little, if only to amuse myself. 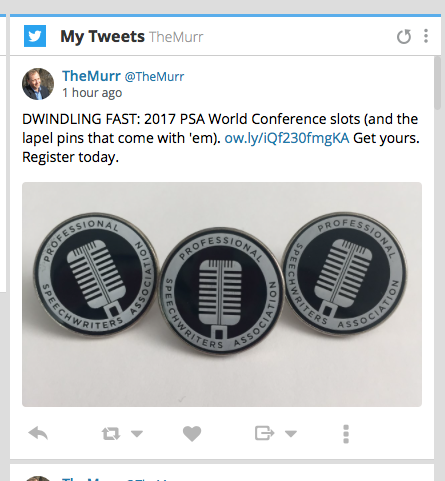 Or humble-brag, hyperbolize and tease, all in the same promo. I did a promo for a new PSA seminar by speechwriter Eric Schnure, in D.C. You have to enjoy the promotion part. Or you have to do it in a way that makes you enjoy it. Because you're going to be spending at least half of your time at it, either way.