In The Atlantic this week, writer Thomas Ricks wrote an interesting account of how he turned in a book he was proud of and got back a 10-page memo on why his editor "fucking hated it."

"I was taken aback—I had enjoyed the process of researching and writing the book. So, I had expected, a reader would too."

Three years of work had to be totally rewritten. But all's well that ends well, and Ricks' book Churchill and Orwell: The Fight for Freedom came out this year to good reviews. The year of revision had "felt like good, honest work, like I had not only rebuilt that house but had used an improved design that made it more durable, and easier to use."

Good for Ricks. And good for every writer who is gracious and humble enough to editor, as I recently appreciated Jeff Herrington, right here last month. Yay, team.

But having read Ricks' piece, I was also grateful to 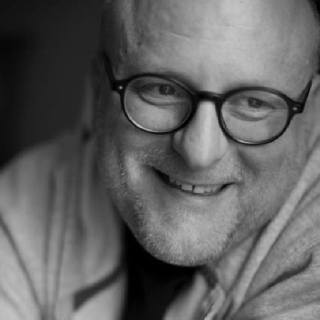 read this reaction by speechwriter, playwright, screenwriter and writing teacher (and my friend) Mike Long:

I think there's more to this than the story of a writer coming to see the value of an editor. In fact, that's only one way to view the events, and I am not at all confident it's the best way.

To buy the conclusion, you have to buy the premise; here, that a good editor is almost always right, and is not just expressing a difference in taste. To buy that premise you have to first buy another one: that an editor is required or even a good idea at all. Here’s where it gets risky.

And, what do you know, the author also has the first two, and often in greater quality and quantity.

Who’s to say the editor’s right and the author, who lived with the thing much longer than the editor did, should not be the final authority? Painters don’t run their work by editors. Neither do (non-corporate) musicians. Neither do sculptors. Neither do performance artists. Yet writers are supposed to listen to editors because … well, because that’s how it’s done.

Another set of eyes has lots of uses, obviously. But to rewrite the whole damned book because “Scott hated it”? That’s a pretty weak reason to spend 12 cold months rewriting three years’ worth of work.

Editors often add value, that’s my experience. But they’re not gods, and I while I understand the urge to avoid feeling all alone out there with some difficult work, I will never accept the undercurrent in too many publisher-editor-author triads that the editor has mystical insight beyond the good common sense of everybody else.

Maybe the original approach to this author’s book was superior to what got published, but we’ll never know. Call the final product collaboration—put Scott’s name on the book, I say. But it is no longer primarily the author’s vision or work. And that, I think, is the dirty little secret of a whole lot of “authors," who cling to editors like grim death.

To that load of wisdom, I'd add that the sorts of writers who gas on about the indispensability of editors are not writers you want to read. You want to read writers who turn in what they feel are perfect works of art, and fight like hell to get them to the reader intact.*

It's not that fine writers don't need editors. It's that, the better writer you are, the better editor you need—and the more complicated a relationship you'll have with any editor, in any case.

* I am a people-pleasing d-bag, so I have a very hard time telling editors "no." I don't want them to think I'm difficult and turn my next story down! Doubly douchy, I justify letting them make arbitrary changes to my copy by telling myself that my writing is so good that no amount of editing can keep the genius and warmth and love from shining through. I am wrong on all these counts. Don't you be.

** Ricks is a fine writer. I bet he didn't send this Atlantic piece to his book editor—and I bet he didn't run this Atlantic piece by anybody before sending it along to whatever Atlantic staffer was going to vet it. So, how much does he really love editors? I think this was a half-disingenuous piece of product news, similar to but less honest than what I wrote to promote a book I helped a guy write several years ago. To generate a little extra publicity, you're looking for a story to tell about the book that's not in the book. Ricks wrote this; I bet it's a very different account of his relationship with his editor than the one he'd give you over a beer. I hope it is, anyway.