Look, I'm a disciple of the oral historian Studs Terkel, who convinced us that ordinary people had much to say: about work, about war, about justice, about race, about hope.

In his quintessential tale about his own work, he told about someone he interviewed at a Chicago housing project: "For the first book, I interviewed one mother of four little kids, skinny, pretty, bad teeth—meaning no dental care—and the kids are jumping around, 'cause they want to hear their mamma's voice played back … and so I play it back, and she listens to what she said on the tape and she says, 'Oh my God,' she says. 'I never knew I felt that way before.'" 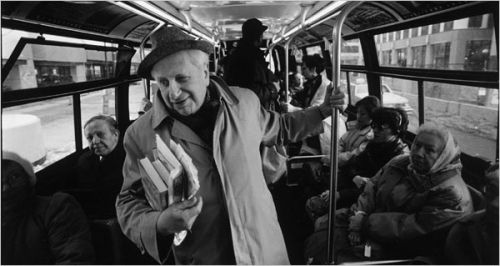 Allowing people to assume that the oral historian wanders into a scruffy neighborhood and stumbles upon a citizen philosopher who surprises even herself with her timeless wisdom—this was always a bit of subtle and passive blarney, allowed by Terkel self-effacingly and also in defense of his honestly-won title as a great champion of the common man.

"The big boys," he famously said, "are not that bright."

But of course, he presumed to tell us so.

It's also true that Terkel's interviews weren't man-on-the-street encounters. He chose his subjects carefully, interviewed them brilliantly and in many cases edited their remarks heavily, to make them coherent.

Because I must be in touch with the news in order to keep my enemies closer, but I can't bear the gleeful cable news vultures—I've been waking up lately to C-SPAN's show, "Washington Journal." People call in from all points on the political spectrum and all over the country and weigh in on a question posed by the moderator, who takes these calls with superhuman equanimity.

Superhuman, because four out of five callers are some combination of inarticulate, long-winded, cliché-spewing, delusional, uneducated half-wits who couldn't stick to the point if you spotted them a tube of Super Glue.

From the sound of it, their brains resemble the homes of end-stage hoarders.

And these are C-SPAN viewers! Imagine what the rest of America must be like.

America needs us, writers. (Needs you too, lawyers.) [And everyone else in the habit of maintaining a mind tidy enough to find, describe and recall the origin of its contents.] Not because we're smarter, exactly. Just organized, in a moment chaos.

And we are needed these days—at work, at home, in church and in barrooms—and we need to be at our best.