It used to be called charm school, or finishing school. Some girls probably enjoyed attending it and other girls no doubt did not.

These days, charm school is called "overcoming the gender divide," and men with Master's degrees presume to publicly administer it to 68-year-old women who have won and lost hundreds of battles in public life beginning right around the time the men were born. 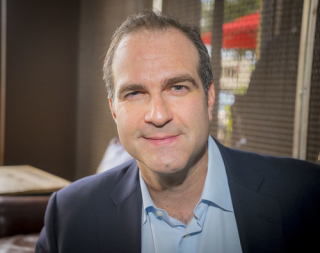 Men like "leadership author Louis Carter," whose article on how Hillary Clinton should prepare for the last presidential debate was pitched to me this week for possible publication at Vital Speeches' website.

Some of Mr. Carter's modern insights sound like just the sorts of things girls were taught in the 1940s:

Interruptions – Trump has an even greater risk of coming across as a bully if he interrupts. Clinton also risks seeming domineering and masculine if she interrupts too much. …

Body language – Clinton will be seen as masculine if she uses extreme or excessive body language. Her body needs to be tightly controlled. Trump’s body language will be used to increase his dominance of the space. As he has at other debates, he will widen his arms, increasing his physical presence on the stage to broadcast his dominance.

Tone and pitch – Clinton cannot shift her pitch much, without risking sounding shrill. She must use a clear tone (no breathiness). Trump will use his full pitch range to sound engaged and passionate.

Sentences – Clinton must use clear, crisp sentences. She cannot use any women’s speech markers. … If she sounds too long-winded, she’ll lose points. Trump can use as many feminine speech markers as he likes because if he is using them, they will be coded as masculine. His sentences will be short and repetitive.

Compassion – At some point, female politicians must exhibit compassion or be judged as unfeeling. Clinton must show that although she is a politician, she remains, at heart, an idealized woman. Trump does not have to worry about this marker at all.

To be fair, the publicist who pitched Carter's piece to me called the gender gap unfair. But like so many political advisors and pundits we've listened to during this never-ending year, Louis Carter comes off as altogether too accepting of the most hopelessly conventional and old-fashioned range of acceptable women's behavior, as if he has not ever heard of Barbara Jordan, Ruth Bader Ginsburg, Oprah Winfrey, Billie Jean King, Condoleeza Rice, Meryl Streep, Michelle Obama, Maya Angelou, Clare Boothe Luce, Lady Gaga or Elizabeth Warren.

Or Hillary Clinton, who after a 47-year career spent contending with the "gender gap"—a career launched by a fine college graduation speech in 1969 about "the art of making what appears to be impossible possible"—finds herself debating a man who likes to grab women by the pussy.

What she oughta do is kick him in the balls.

(But she doesn't need my advice either.)