David Kusnet is the onetime chief speechwriter for the Clinton administration. He's also a smart guy. So when I landed him to keynote a Ragan speechwriting conference that I was planning back in 2006, I likely told him to simply say whatever was on his mind. 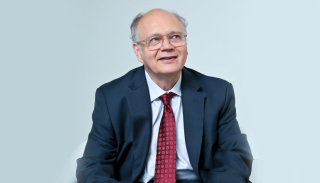 "When David Murray … invited me to speak to this conference," he began, "he asked me to be provocative—so let me apologize in advance for anything that I will say that will provoke you. … Please think of me like the local president of a bricklayers union talking to his fellow craft-workers about how they can keep working even if masonry were to become mechanized."

So what did Kusnet, now a principal and senior writer at the Podesta Group, say that was so provocative pre-YouTube, pre-Facebook, pre-Twitter? What did he discuss that was as dangerous to the livelihood of speechwriters as mechanization would be to bricklayers? “The rise of the new media; the death of the common culture; the decline of dialogue and debate; and the growing demand for authenticity.”

Let’s take them one by one:

Rise of the New Media

Just as radio and television encouraged leaders like FDR and Ronald Reagan to adopt less formal and more conversational speaking styles, “the cable news networks and the Internet … are making communications even more instantaneous, individualistic and informal.”

The Death of the Common Culture

“Americans used to know a few basic texts,” Kusnet pointed out. “The Bible, the works of Shakespeare and the basic documents of our history. It wasn’t only the elites. The tribunes of the dispossessed knew that their constituents knew the Old Testament, with its struggles for freedom and the New Testament, with its promise of redemption.”

To prove it, Kusnet quoted speeches from labor leaders that quoted scripture.

“Now imagine how a presidential candidate would be ridiculed if he or she spoke in as elevated a fashion as the leaders of coal miners and sleeping car porters spoke in the last century,” Kusnet said.

Now, “the only common cultural reference is popular culture—TV, movies, music and commercials. And so Walter Mondale criticized Gary Hart by quoting an ad for hamburgers—‘Where’s the beef?’ The elder George Bush quoted Clint Eastwood: ‘Go ahead, make my day.’ And Arnold Schwarzenegger quotes his own films. And now, in the era of hundreds of cable channels, even the popular culture will not be a common culture for much longer.”

The Decline of Dialogue and Debate

Martin Luther King spoke to white moderates, Reagan spoke to working class Democrats, Bill Clinton won some of those same Reagan Democrats back, telling them he wanted “no more something for nothing.”

But now, Kusnet said, “it’s rare for any segment of society to try to engage its adversaries or even try to speak seriously to the common good. … Instead of persuasion, we have assertion.”

Authenticity is the New Eloquence

“There is a hunger for public figures like Josiah Bartlett of the ‘West Wing’ or John McCain in real life whose public voices are distinctive and who sound like they are speaking difficult truths. In a sense, authenticity is the new eloquence.”

Kusnet went on to advise speechwriters, in light of these four trends, to try harder to capture the speaker’s real voice, to grab listeners immediately with bold speech openings, and to “use simple, muscular American English.”

“And we can all perform a public service,” Kusnet concluded, “by helping public figures give speeches that say what they mean—and say it clearly.

When you come down to it, that is what our work is all about. Not producing pretty language, or even snappy soundbites, for their own sake. But helping leaders, from every viewpoint and walk of life, find their best voices so that they can participate in the national conversation and advance new ideas which our fellow citizens can evaluate and engage.

If we make that voice conversational and convincing, if we grab listeners’ attention early and hold it with the sound of surprise, and if we write American as it is spoken in this century, then we will do our jobs better.

Kusnet’s speech might as well have been delivered last week. Its advice should have been heeded by speechwriters ever since—because it's their reality now.