This column originally appeared in The Strategist, the member magazine of the Public Relations Society of America, where I write regularly, on leadership communication. —DM

I get a lot of calls for from headhunters looking for speechwriters. Speechwriters are hard to find, because, as the old saying goes, the title “speechwriter” is only a little more common than the title, “CEO’s lover.”

I once recommended one of the very smartest speechwriters I know to a recruiter who rejected her because he found her “loquacious,” and was afraid the CEO would, too.

If you reject a speechwriter because she talks a little too much in a job interview, you’re going to have a very hard time finding a speechwriter. Speechwriters, to the extent that they are good, are also a little weird. They should be. They have a weird job to do! They are intellectuals who are trying to capture and refine and express the point of view of other people who are more powerful, and intelligent in very different ways than the speechwriter. 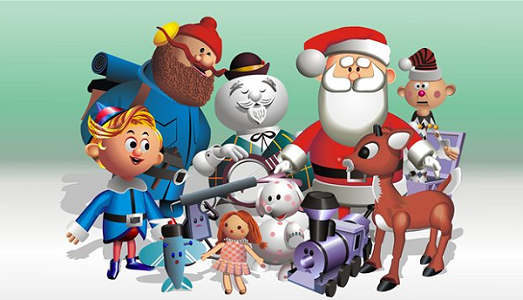 I know a speechwriter who describes the whole job as an answer to a powerful person’s command, “Write down my thoughts as if I had them.”

I know young speechwriters frustrated because leaders don’t take them seriously, and middle-aged speechwriters who can’t get hired because nobody likes to hire older workers.

Not long ago I saw a speechwriter nearly break down in tears, discussing his love of libraries.

He writes the worst English that I have ever encountered. It reminds me of a string of wet sponges; it reminds me of tattered washing on the line; it reminds me of stale bean soup, of college yells, of dogs barking idiotically through endless nights. It is so bad that a sort of grandeur creeps into it. It drags itself out of the dark abysm of pish, and crawls insanely up the topmost pinnacle of posh. It is rumble and bumble. It is flap and doodle. It is balder and dash.

I know a speechwriter/cabaret singer. (In fact, she’s speaking and singing at the 2016 World Conference of the Professional Speechwriters Association, Sept. 27-28 in D.C.)

I know a closeted gay speechwriter who, when presented with an opportunity to work for a powerful leader who happened to support anti-gay policies, retired.

I know an African American White House speechwriter who hated President Clinton’s welfare reform plan, but who wrote the speech anyway because he wanted to make sure the message was delivered right.

I know about a speechwriter, Edgar Jung, who wrote a withering anti-Nazi speech, and tricked a cowardly German government official into delivering it to an audience of Nazis. (The official survived. The speechwriter was executed.)

I know the speechwriter who was writing for Penn State when the Jerry Sandusky scandal blew up. Asked during a Q&A at a speechwriting conference how she handled that siege year, she said, “Wine and pills.”

I know at least two dozen speechwriters who have been interviewed and rejected by the same Fortune 100 CEO.

I’ve known more than one speechwriter who was cast aside by the CEO but not fired, and spent miserable, idle years on end waiting for a new boss to come along and use him again. (One did.)

I know a speechwriter who once made seven figures.

I know speechwriters who have done nothing but speechwriting for 40 years.

I know a freelance speechwriter whose marketing strategy centers on speaking at conferences. But he hasn’t traveled to a conference for the last three years because his aging and anxiety-ridden dog can’t bear to be without him.

I know a speechwriter who quit speechwriting after 30 years to be a real estate agent. “I love it and wish I had done it 20 years ago,” she says.

I know a speechwriter who once told me on his fifth drink: “You know, when I recall the happiest moments of my life—they’ve all come when I’ve been by myself.”

I know a speechwriter who grew up in a trailer smaller than the corporate jet he now travels on with the CEO he writes for. (And the moving and courageous speech he delivered about his life was only a runner-up in the 2016 Cicero Speechwriting Awards.)

I know a speechwriter who got promoted out of speechwriting and into management, where she now has speechwriters of her own. And she misses speechwriting, which she remembers as “incredibly simple and fulfilling.” (She is also appearing at the PSA World Conference—as are many of the people described in this column.)

Done right, speechwriting is an intellectually and emotionally demanding job with absurdity built in. So if you want it done right, you must find someone who was has acquired through difficult and confusing experience the peculiar tools required to do this job over time.

When interviewing someone for a speechwriting job, listen to her words, get to know her mind and don’t look down. Because you’re not hiring her for her shoes.