I'm taking a slightly crooked path to the Republican National Convention in Cleveland, from which I'll start reporting on Tuesday.

Today I rode blue highways through Michigan and passed through Jackson—a town which, I learned, believes it is the place where the Republican Party originated in the mid-19th century. 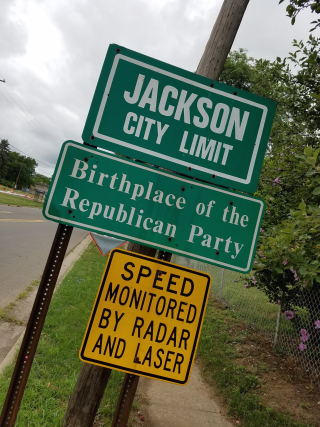 Jackson Republican boosters and regularly and boringly argue with their counterparts in Ripon, Wis., who think they spawned the Republicans, three years earlier. Perhaps that argument is a little quieter this year. 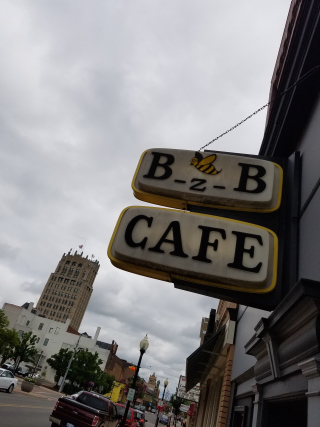 The waitress was stumped, which isn't uncommon. Locals are almost always helpless when it comes to giving directions, and the smaller the town, the more helpless the locals. They're simply too close to the problem. But the waitress at the B-z-B saved face by asking me, "Don't you have GPS on your phone?"

Yes, but I came in here for a cup of coffee and thought I'd just ask.

Next scene shows the waitress, and another waitress, and me all frantically trying to get three different phones to tell us  how to get out of town on Rt. 106 East. After a couple of endless minutes of this, the original waitress douses this sweaty hell by shouting, "Oh! I'm such a retard!"

But on the way out, I thought: If I can't ask for directions at the B-z-B in Jackson, Mich., then asking for directions, in America, is effectively over.