"Secretary of the status quo." That's a good line. (I am so tired.)

I am so tired.

I'll give Pence a chance. But I think Trump must be really regretting not picking Gingrich. They're just a powerful match. Trump is the stand-up comic and Gingrich has the texture of substance.

Trump should have made Gingrich his VP.

I'm not live-blogging tomorrow night because I'll be in the arena. Aren't we all glad?

Is it dishonorable to sign the back of a check that you earned? My host Gillespie: "That's a face a mother could punch."

My friend Dmitri: "Are you watching this? It's like WWF. Hulk Hogan is on stage talking and then Macho Man comes out from backstage!"

My daughter just called me in tears because she misses me and is worried about me on a motorcycle in Cleveland and I told her I have to watch the Cruz speech. I might have blown that one.

Is Lynne Patton giving the best speech of the convention so far? I think she is.

Why am I not posting more often? I honestly don't know what to say. If you're bringing in a storefront preacher … you can't find a better one than that?

Vital Speeches rhetoric editor Neil Hrab sends us this New Yorker article about Donald Trump's ghostwriter for Art of the Deal, who says he "put lipstick on a pig," and believes a Trump presidency could lead to the end of civilization. I don't have time to read it, but this really is becoming the Week of the Ghost, is it not? Golly.

I rode out the storm. Over my shoulder, a band is playing Roger Miller's "King of the Road." Republicans aren't all bad.

I really hope these words don't become haunting, but it does not feel dangerous here at the convention, and not just because of all the barrier fencing and all the cops on foot, on bicycles, motorcycles, and horseback and in helicopters and trucks. It's because the crowd seems mostly good natured, and everyone seems to be in the sorts of slightly nutty good spirits that you'd see at a 1979 New York gay pride parade.

You see a lot of this sort of thing; you don't know exactly what it means, and you don't care.

No, the merchandise for sale isn't charming, but it seems no more harmful on t-shirts than actually coming out of the mouth of the Republican nominee for President. 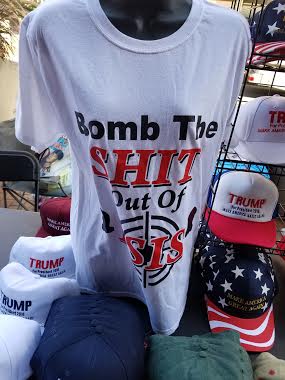 Yes, it would be really horrible if a bomb went off in this little canyon on 4th Street where the crowd concentrates and the media folks hang out. 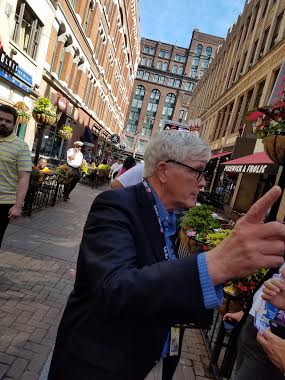 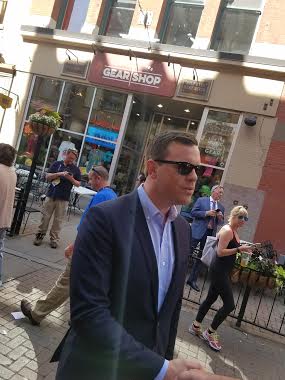 —including the media folks, like Hugh Hewitt, Willie Geist and Michael Steel. They have the air of people who know they have good jobs. 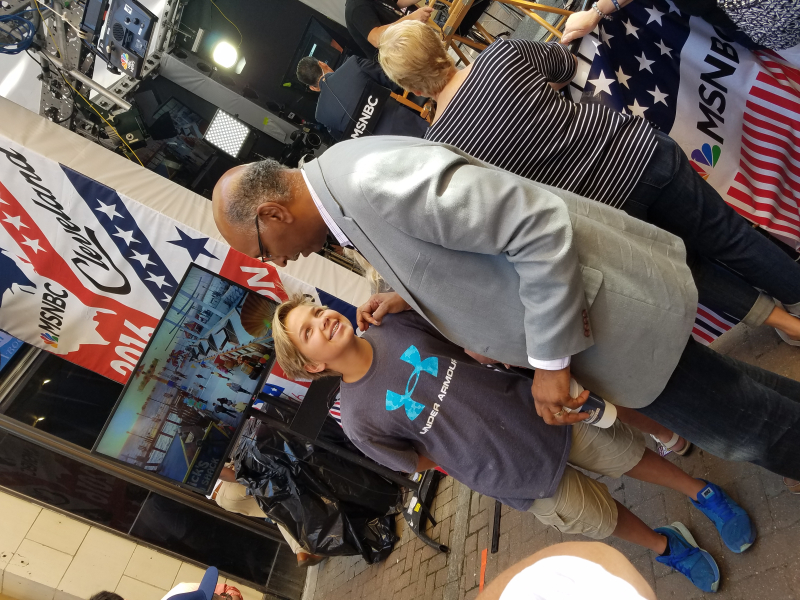 Hell, even Hunter S. Thompson seems to have his shit relatively under control. 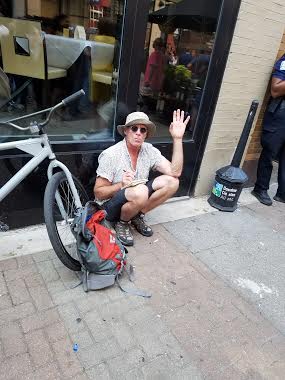 There's not much fear, and the loathing is all for Hillary. 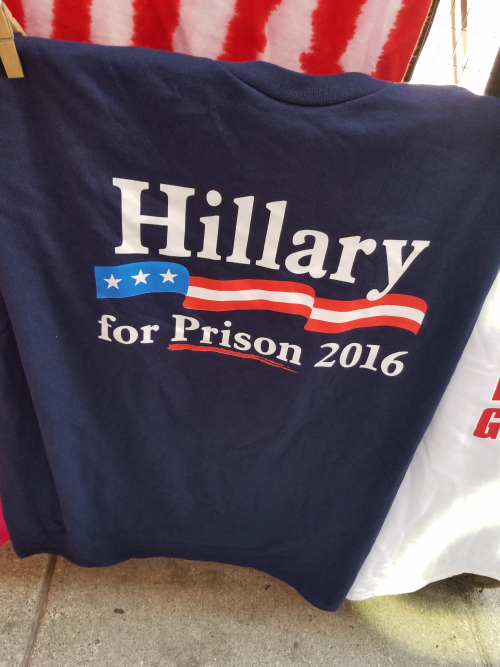 And she's not here.

Back out into it—and then I'll do some live primetime live-blogging tonight.

Good for the speechwriter for coming out with this, good for the Trump organization for not firing her. It all rings true to me. But golly, folks, you gots to act a little faster in this day and age. That day and a half was a dog year. 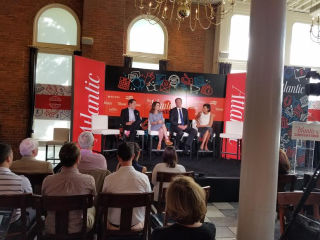 At a panel discussion at the latter, Marco Rubio campaign communications director Alex Conant said that political communication has been changed fundamentally and permanently by social media. With no such thing as a news cycle but instead a constant need to keep people titillated whenever they happen to check Facebook, pretty much every campaign has to find a way to be as constantly fascinating as Donald Trump. Every campaign now has to create "a ton of content" that grabs eyeballs the way Trump's content has. Oh, and that infinite grippy, grabby stuff has to be "on brand," unlike Rubio's attention-getting banter with Trump (which Conant says Rubio now regrets having done).

Michael Cornfield, who is covering the convention from inside Quicken Loans Arena—I'll be in there tomorrow night—observes, "The mood of the audience, dead except to rise to hate Hillary, is astounding to me."

Michael Cornfield's "Rhetorical Recap" of Tuesday night at the RNC appears at vsotd.com. I met Michael for the first time in person yesterday, over breakfast—and the City Club of Cleveland boss Dan Mouthrop over cocktails. So despite what you see on TV, constructive things are happening in Cleveland.

Not a great day of coverage here yesterday. Felt a little dogged by the plagiarism story, which should have been my meat, but as I said, it seemed beside the larger point, whatever it is, of this convention.

Still, my little piece on here also appeared on Cleveland.com (the Plain Dealer's website) as well as at Vital Speeches website.

And I was quoted in a McClatchy newspapers story about plagiarism in speechwriting. "David Murray, executive director of the Professional Speechwriters Association … called the borrowed passages in Melania Trump’s speech 'incredibly sloppy work' and said speechwriters don’t usually make that kind of mistake. 'Speechwriters usually have more pride of authorship than that,' he said."

I have some meetings today, but I hope to spend lots of time wandering around trying to give you the sense, in photographs and in words, that I was beginning to get yesterday about the mood here. And I'll be back at the boathouse to live blog tonight's primetime speeches. We'll size up Mike Pence together—along with my pal Gillespie, who is at turns a distraction and a help as I attempt to make sense of a hastily planned convention in the middle of a disorienting campaign at a very strange time American history.