One last thing: a New York Times story that gets toward the bottom of yesterday's plagiarism issues.

Tonight I leave you with a good if somewhat belated "Rhetorical Recap" of LAST night; I look forward to reading Michael Cornfield's recap of tonight. Will post it as soon as I get it. See you in the morning.

Okay, I'm coming to you from my pal Tom Gillespie's boathouse just west of Cleveland in Rocky River, Ohio. We have been drinking since 4:00—well actually, since Sunday. But I'm holding it together with a mental vice. Meanwhile, what are YOU thinking and feeling about tonight? I'm all ears.

I think Ben Carson is calling Hillary Clinton a devil worshipper. Low blow! (Gillespie: "a shot below the cranium.")

"That's giving him a lot of credit."

I can't decide if this kid is more like Gordon Gekko or Bud Fox.

My Cleveland pal Tom Gillespie, who knows about such things and wants to be sympathetic to this young Trump says, "D-10? No way. D-6? Maybe. D-10's as big as my house." 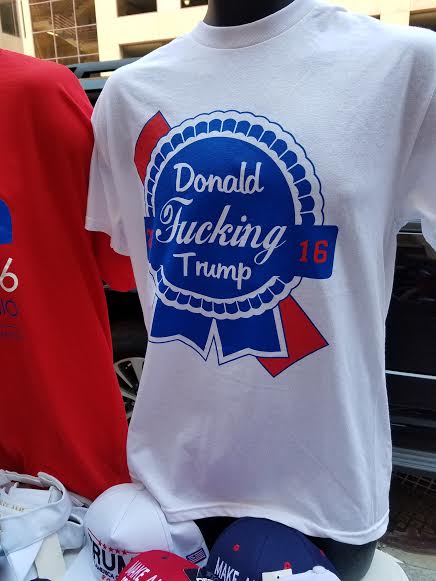 I'm trying to size up the scene here in Cleveland today before the speeches tonight, but everybody wants the head of the Professional Speechwriters Association to talk about Melania Trump's speech. I suppose I should want to talk about Melania's speech, and I am talking about it all day, most recently to McClatchy newspapers. But everything I say sounds so obvious, at least to me. Obvious, and relatively trivial.

Speechwriter and American University speechwriting teacher Eric Schnure recently addressed plagiarism directly with his graduate students in his speechwriting course at Johns Hopkins. He told them that during speech research it's okay to look at other politicians' websites for their stances on issues. "But," he advised them, "don't read the speeches because the temptation is so great" to use good lines you hear. And good lines stick in a writer's ear.

"I wrote speeches for 20+ years," says veteran public relations exec Cliff Gold. "There [are] nothing but bad explanations for this. Plagiarism without attribution is breaking the first commandment of speechwriting."

Indeed, the Professional Speechwriters Association has drafted and will soon vet with members a code of ethics, and a strong ban on plagiarism is among the very first tenets.

Andrew Barlow, onetime speechwriter to Texas governor Rick Perry, saw two explanations: "This either a) denigrates our profession [if an actual speechwriter did this] or b) affirms our profession [if the principal took it upon herself to copy & paste text from another speech and her writing team was not allowed to fix it]. I prefer to assume it is the latter."

I think it's closer to the former. But I don't think the speechwriting profession is denigrated. Rather, I think the Trump campaign is running a communication office with insufficient supervision of inexperienced writers. For speechwriters with sensitive ears, the plagiarism wasn't the only problem with Melania Trump's speech.

"I have to admit," says veteran corporate speechwriter Laura Hunter Thomas. "I was more distracted by the Rickroll in her speech. 'He will never, ever, give up. And, most importantly, he will never, ever, let you down.' At a basic level it seems that no one who is familiar with writing a major speech gave this more than a cursory glance before loading it into the prompter."

This plagiarism scandal is a shabby little crime of communication incompetence. And in the context of a campaign so comprehensively barbaric and intellectually flaccid, this just isn't the right issue to fondle all day long. Let's move on.

Getting around the security zone to meet our rhetoric analyst Michael Cornfield for breakfast at the Westin Hotel, and then getting to the Public Square and then getting back to the office that Cleveland ad agency The AdCom Group has generously provided me involved walking many circuitous paths around barricades, and at every corner being ushered across the street by one or more police officers. There aren't a whole lot of people downtown—lots of the local business are having a work-from-home week—and so each one of us might as well be assigned our own police officer, which would be cool. 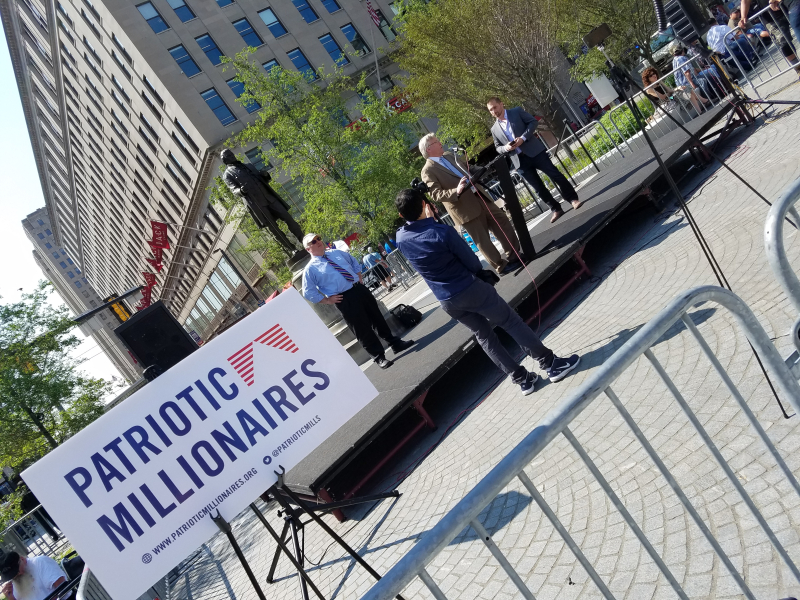 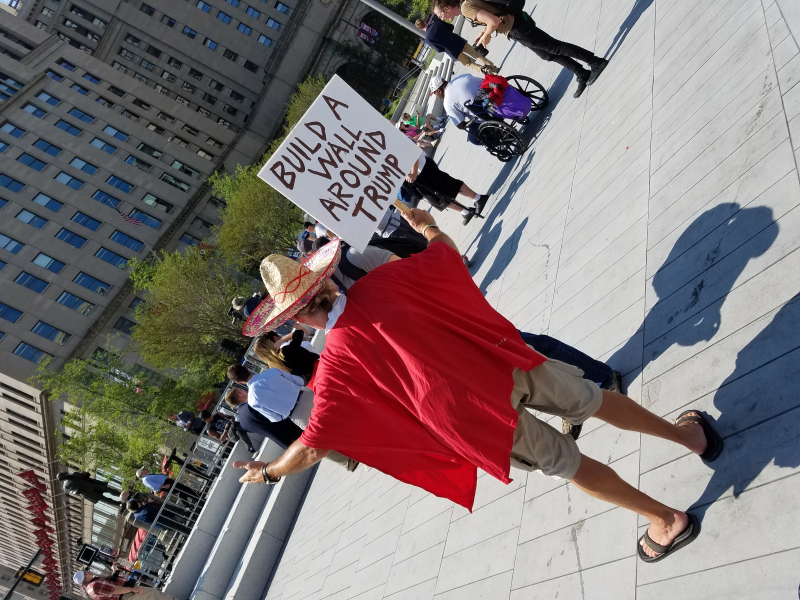 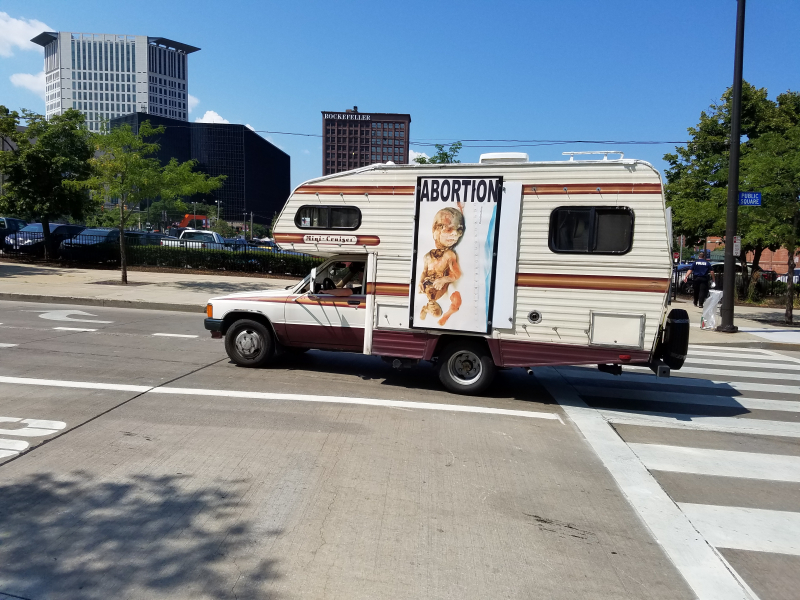 It does appear that I will get into the arena to hear Trump's speech on Thursday night, thanks to some heroic help by some friends who I'll happily credit later.

Getting my bearings this morning and my phone's blowing up with news that Melania Trump appears to have poached some line's from Michelle Obama's convention speech in 2008. Trump claims to have written the speech herself, but the campaign is saying a team of writers helped.

"In writing her beautiful speech, Melania's team of writers took notes on her life's inspirations, and in some instances included fragments that reflected her own thinking. Melania's immigrant experience and love for America shone through in her speech, which made it such a success," according to Jason Miller, the senior communications adviser.

My money is on Trump filching the lines herself. Either that, or the Trump campaign is employing the world's laziest and least imaginative speechwriter. You could forgive a naive politician's spouse for leaning hard on a speech from someone else in her shoes. Any speechwriter I've ever known could not bring him- or herself, even under the tightest deadline pressure, to copy, paste, and customize lines from another speech.

Speechwriters, what's your take? I'd like to have it for a story I'd to file this afternoon.