Why do people always sneer when they say "hipster," always mockingly italicizing the hip?

On the silly side:

Hipsters are nostalgic for an era they never lived in. That's inherently silly—especially since it's an era, the 1970s, mostly, without any driving ideals. It would be less silly to be nostalgic for the 1960s, because at least then you could latch onto talk of revolution and change and experimentation. The 1970s? Slovenly clothes, slovenly cars, slovenly sex. And Watergate. 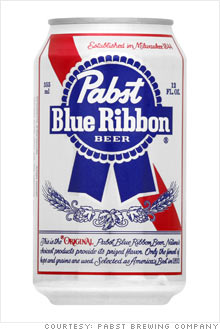 Hipsters are heavily ironic, and thus somewhat humorless. If nothing is taken seriously in the first place, then nothing can be made real fun of in the end.

But here's what I like about hipsters, and I think these things out-matter the foolishment inherent in the hipster ethic:

Hipsters aren't disgustingly ambitious. Unlike the yuppies before them, they don't seem to want much more than their $3 Pabst/Beam Shot Special. And it's a legitimate point that they're making with their questionable beer and clothing and car and bike choices.

Beyond minimalism, they're also eschewing the rat race. Or at least affecting rat-race eschewtitude.

In my twenties and thirties, I would have eaten anybody who got in my path toward the editorial top of the publishing company where I worked. A guy once claimed some credit for a story I had written, and I took a bus ride and a mile-long walk to confront him and was still so hot when I reached him that he began hyperventilating and I had to stop yelling because I thought he might die.

No hipster I know would do crazy shit like that. No hipster will ever be the CEO of a major corporation. That's good (even if you want to be a CEO! no hipsters to get in your way!).

Most hipsters I know seem to be living for happy hours and camping weekends. The ones who care about their work seem to go about it in a calmer, quieter, less violent way.

Hipsters also have a hippie aspect. They're not enraged all the time. They like live music. They're less sports-crazed than you are. And, even if their emotional instincts aren't entirely on the up-and-up, they don't wind up driving—again, as their grabby yuppie predecessors did—the gutting or tearing down of historic buildings and ruining of other old things.

By and large, hipsters may be sillier than you and me in some ways, yet they're more sustainable. They leave us alone, and we ought to leave them alone.

And honestly, Pabst is not bad beer.