So where are we, after 267 hours of speechwriting, 568 pundits and several screwdrivers self-served in 55-gallon drums? An administration speechwriter asks me what I thought of the speech (he "liked it," and also thought the Republican response was the "least-bad one I can remember"). I refer him to the below. Honestly, I hate the SOTU. (As George Will does, over on Fox, calling the whole spectacle "degrading.") I like President Obama. So I liked the speech pretty well.

And unless anyone sees any reason for me not to, I'm just about ready to turn to the Australian Open tennis tournament.

SOTU rebuttal, by area dad: “Country’s a goddamn mess, and this is the explanation we get. Complete load of horseshit.” (H/t to new area dad Shawn Bannon.)

Gerald in Norway, are you awake? Text me if you're still awake and tell us what you thought of the speeches! 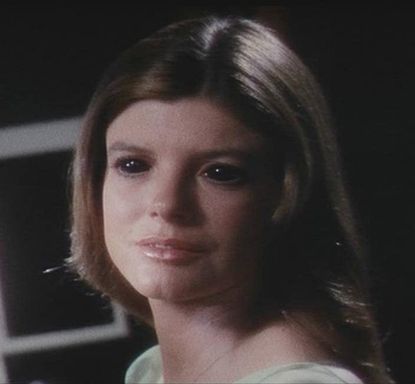 We were about halfway through Joni Ernst's speech when the drugs began to take hold.

Red Oak!? I buy all my suits in Red Oak!

I think "middle-class economics" is the enduring concept, if there is one, from this speech. That, and "I know because I won them both."

I always time my buzz perfectly for the SOTU, but not quite right for the GOP response. So I have a hard time listening to it, and my criticisms aren't terribly substantive. In 2010 I wrote, "An empty cab drove up, and Bob McDonnell got out and gave this speech." In 2011, I compared Paul Ryan to Eddie Haskell and called him a "bedwetter." And in 2012, I presciently observed, "The water shortage was the only thing anyone will ever remember from the Rubio speech."

Referring back to 2004 Democratic National Convention speech. "Over the past six years, the pundits have pointed out … that my presidency" hasn't fixed the division between red and blue. And people claim that not only my faults are to blame but the vision itself was naive. "I know how tempting such cynicism may be. But I think the cynics are wrong. I still believe that we are one people."

Lists evidence from his presidency.

Up to us in Washington to live up to American citizens' example. Up to us to: "Appeal to one anothers' basic decency instead of one anothers' basest fears. …" "If we're going to have arguments, let's [make them] worthy …" etc.

"Is he going rogue?" asks Cristie from the other room, with this "lecture"? Carter lectured the American people and got beat for it.

Obama is lecturing the legislature (and the Court, I guess) … and will get away with it.

Values: We use drones as little as possible, we defend Muslims and free speech and fight persecution of women, GLBT and are generally awesome sauce not just because it's right but because it makes us safer.

Pentagon sez climate change is threat to national security. "We should act like it."

A Chicago correspondent texts, "Is that contraption/drink holder in front of Boehner from Area 51? Zoltan! P.S. The Blackhawks are up 3-0."

Cristie, on the proposal to reward corporations who invest in America: "He says that every fuckin' time."

Now we get into the apparently unavoidable List of Shit.

"Let's set our sights higher than a single oil pipeline …" This is LBJ, operating the public way.

What a simple and sane and too-rare appeal: Hire a veteran because veterans are good workers.

Is he fucking staring down the Republicans for not standing up over equal pay for women? "He's on fire!" bellows Cristie from the living room.

"Middle-class economics." A new term, and about time—only 30 years after "trickle-down economics." Will it stick?

I'm fixing to go out and celebrate! And just as I get ready to make that crack, Obama jokes, "That's some good news, people!" My communicator pal Allan Jenkins remarks, "I'm not sure it's a good idea to have a smart-ass giving the State of the Union, but it sure does work."

"They were young and in love in America. And it doesn't get much better than that." Not bad, Cody Keenan.

"The shadow of crisis is past. The State of the Union is strong." The speechwriter's days were long.

I'm no fashion expert, but Michelle certainly is wearing what I'd call a zipper-forward get-up tonight.

Ballzy commentary from Blitz: "So it's almost like the president will be taking a sort-of victory lap right now."

Missive from a speechwriting pal who lives in Washington but who can still see out. He shares Dan Pfeiffer's brag that "We posted the speech … [because] the public should see it when press and Congress get it …. Changing a SOTU traditon forever."

Asks the rhetorician rhetorically, "Does anyone really give a shit?"

Wolf Blitzer just breathed between saying "John" and "Kerry," and then he added: "This is going to be a long night, but it's going to be an exciting night."

Tom Foreman informs us that we, too, can participate during the speech in the Digital Dial Test."

(A shout-out to a jetlagged, sleepless pal who just called me from Oslo, Norway. Hello Gerald!)

I can't believe how much I miss David Gergen. I always saw him as the only adult in the studio.

Jay Carney is an avatar of Jake Tapper's penis.

Actually, Michelle looks like she's in a shit mood.

As we prepare to witness the president and the first family exiting the White House portico, it occurs to me to marvel at the impossibility of imagining (and the endless trying to imagine) what it would be like to be in that position, day in and day out for four or eight years. Is there a chance Obama is not coming out because he's checking out ESPN and still in his socks and grumping off to Michelle about the SOTU, "I'm just not feelin' it tonight."

This year, CNN is using this embarrassing "technology."

Jake Tapper is an avatar of John King.

At Fox, they're all screaming at each other hysterically about who, exactly, is gonna kill all these fucking asshole terrorists. I understand where they're coming from.

Facebook indicates that I am the only dipshit I know who is watching this coverage right now.

Where is Gergen? If he wasn't going to be on, couldn't he have lent his comb-over to Smerconish?

John King is an avatar in real life.

Tom Foreman is an avatar in Second Life.

If life made any sense at all, Anderson Cooper would appear, during his SOTU coverage, with Kathy Griffin.

To avoid seeing pre-released excerpts of the pre-written Republican response to the State of the Union Speech, I'm headed back to the liquor cabinet.

When they asked me three months ahead of time whether I wanted to know whether I was having a boy or a girl, I was all, "Totes McGotes!" But I choose not to read these pre-released speech excerpts. (However, wouldn't it be cool if my wife would pre-release excerpts of our fights?)

BREAKING: Writing Boots has learned that Aaron Sorkin just read this passage in The New York Times story about how SOTU writer Cody Keenan consulted with White House speechwriting colleague Ben Rhodes when he was stuck with the speech …

Mr. Keenan had spent 15 days holed up in a hotel room in Honolulu as the president vacationed nearby, and seven more in a windowless office in the basement of the West Wing trying to turn a blank computer screen into a 6,000-word State of the Union first draft. The lonesome process had finally gotten to him.

So the burly 34-year-old former high school quarterback left his White House office and trudged in the freezing rain to the nearby apartment of one of his closest friends in the administration, Benjamin J. Rhodes.

It was after midnight, but Mr. Rhodes, a deputy national security adviser and the writer of many of the president’s foreign policy speeches, was up reading “To Kill a Mockingbird” to his 4-week-old daughter. The two men poured two single-malt Scotch whiskies and, with the baby resting quietly, began triage on Mr. Keenan’s prose. By 5 a.m., a more succinct draft was on its way to the president.

It was after midnight, but Mr. Rhodes, a deputy national security adviser and the writer of many of the president’s foreign policy speeches, was up reading “To Kill a Mockingbird” to his 4-week-old daughter.

In fact, he called bullshit on three levels.

First, Sorkin said that no one has ever spent 22 days "holed up" writing any 6,000-word document, let alone a list of policy proposals for a president who has already done this five times. Figuring 12-hour days (the minimum to meet the definition of "holed up"), that means young Cody spent 264 hours writing these 6,000 words. "That's 22 words an hour," Sorkin said. "I fart 22 words an hour."

It also strained Sorkin's rubber credulity that, finally lonely after 22 days of solitary confinement, Keenan staggered out into the freezing rain after midnight. "Some schlock," said the creator of Sam Seaborn, "I will not eat."

And then young Keenan finds young Rhodes "reading To Kill a Fucking Mockingbird to his four-week-old daughter?" shouted Sorkin incredulously. "No wonder the kid was 'resting quietly.' She was probably pretending to be asleep, lest these goody two-shoes geeks start reciting 'I Know Why the Caged Bird Sings.' God help me, what have I done?"

This is the Hour of Lead. While we wait for Chill—then Stupor—then the letting go … it seems well to honor the poor speechwriter, without whose senseless slavery the State of the Union would no doubt have been abolished half a century ago. Last week, the Professional Speechwriters Association, of which I am the distinguished executive director, released its Founding Member Survey, which as far as we know amounts to the most authoritative study ever done on the speecies scribus orallus.

Only PSA members get the full scoop, but here's the executive summary: Speechwriters feel lucky, troubled, worried, lonely and hopeful.

Speechwriters, it turns out, are not very different from you and me.

Settling in for another thoughtful, professional analysis of the State of the Union Address. 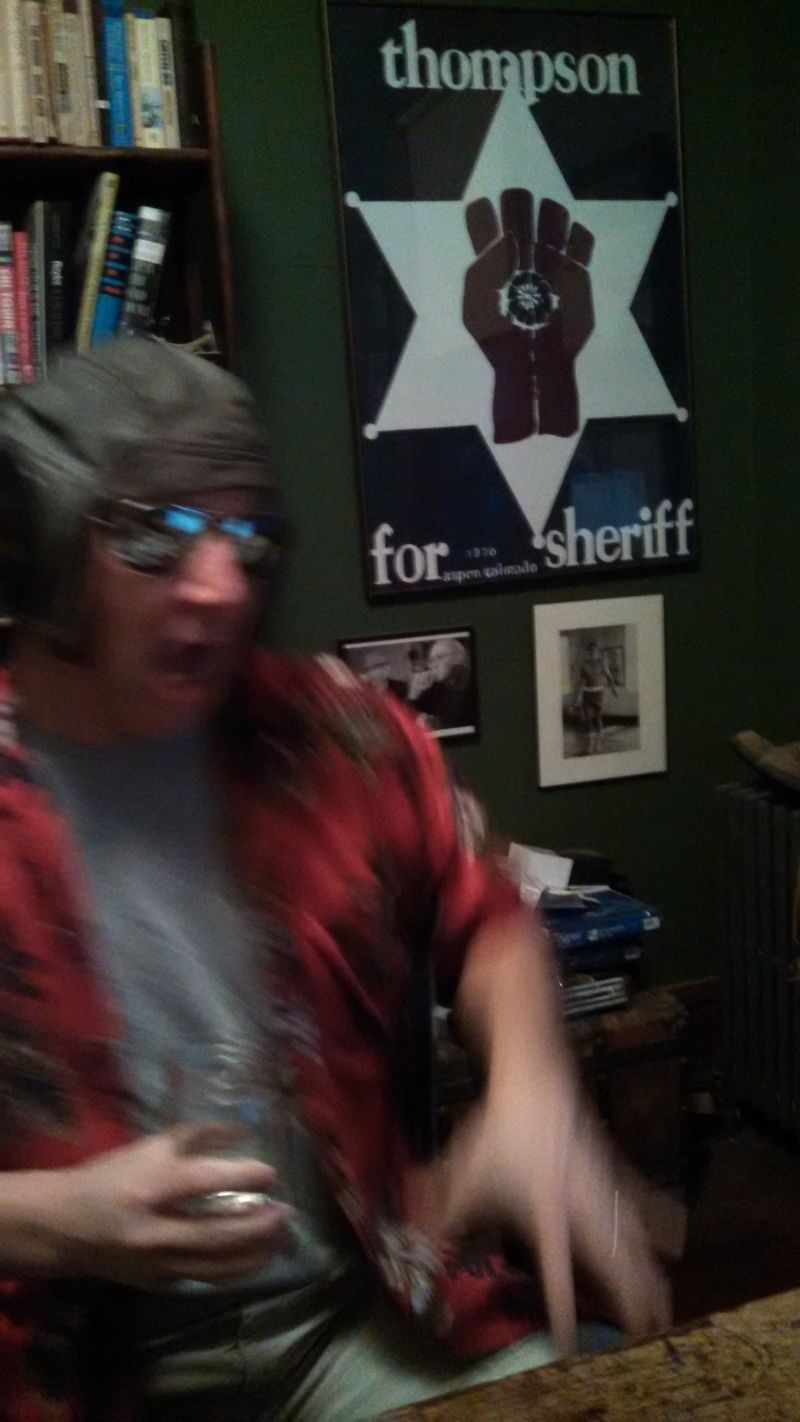 Despite the decline in SOTU viewership from the 67 million viewers that President Clinton drew in 1993 and 52 million that President Obama got for his first SOTU in 2009, there will still be 30 million watching tonight, according to Politico.

And I don't even know what I'm wearing yet!

Vice President Biden is seen installing a fog machine near House of Representatives Rostrum in order to jazz up SOTU. “I wanted to do this thing up right with a whole laser rig and shit," he tells The Onion, "but that would’ve set me back mucho dinero. But don’t you worry; Uncle Joe knows a few tricks with strobes that’ll get the crowd going."

Huffington Post publishes my SOTU preview, "The State of the Union Address is decadent and depraved."

If White House chief speechwriter Cody Keenan drank while he wrote this year's State of the Union Speech, why wouldn't I drink while I listen to it? Join me here tonight for as I attempt to match the incoherence and vulgarity, decadence and depravity of this annual Washington ritual. Speech starts at 9:00 eastern; tailgating will commence a couple hours before.