As the Murmudgeon, I know what everybody thinks of me. They think of me as an amusing sidewalk performance beside the road to the future.

My resistance to trends is cute, and maybe there's just a bit of cautionary truth to it … but there's no chance I could actually be dead fucking right about something, is there? Oh no! Everything is getting better every day in every way, right? Change is the only constant, right? It's lead, follow, or get out of the way, right?

Well, some years ago—I can't actually find the item in the vast Writing Boots archives—I posted a photograph of these shoes … 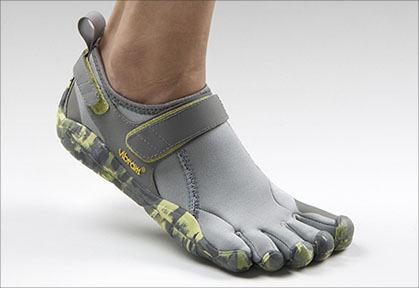 … under the shortest headline I've ever written: "No." (There was no supporting body copy either, as I recall.)

Well guess what, folks: I was in the runner's store getting some new kicks for a race I'm running this weekend, and while the manager was in the back getting my size, I noticed that none of these revolting burn-victim shoes were on the shelves.

My face formed into a smile like the Grinch gets. You know, this one: 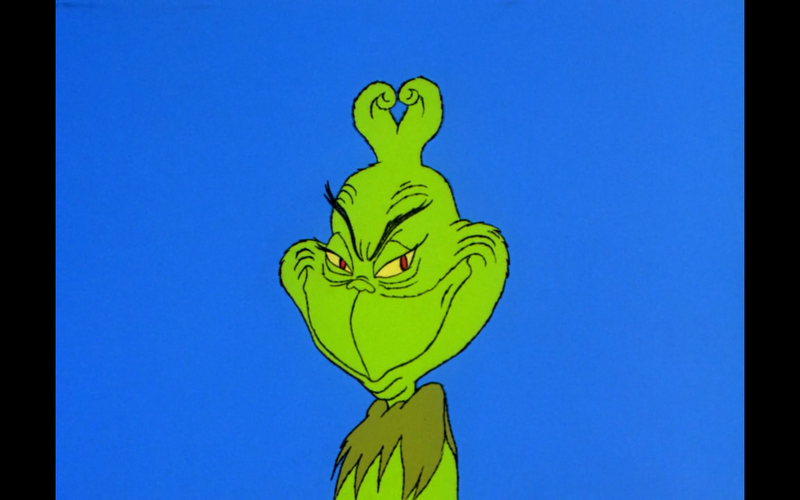 And when the manager came out with my shoes, I asked him: "Have you stopped selling those asinine shoes with the toes?"

I didn't bother to contain my delight. "So they were just stupid, right? They were bad for your feet? There was no actual purpose for them? They were just a fad that appealed to dipshits?"

The guy kind of mumbled. "Yes, they were basically, well, they were not effective."

And I realized he was probably being sheepish because he had sold a shit-ton of those shoes to American suckers, and he couldn't very well laugh out loud at the sham that he himself had promoted.

Stop laughing at me for one day, and laugh with me!