The Library of Congress released President Warren Harding's love letters this week, but I'm not too eager to read them, having long ago memorized and many times recited the words of H.L. Mencken 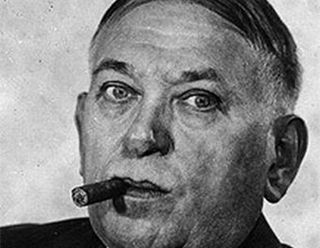 , who once wrote that Harding:

writes the worst English that I have ever encountered. It reminds me of a string of wet sponges; it reminds me of tattered washing on the line; it reminds me of stale bean soup, of college yells, of dogs barking idiotically through endless nights. It is so bad that a sort of grandeur creeps into it. It drags itself out of the dark abysm of pish, and crawls insanely up the topmost pinnacle of posh. It is rumble and bumble. It is flap and doodle. It is balder and dash.