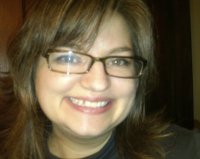 She said she was "freshening up" as she doused her lady zone with perfume. Um, we're using the word "fresh" pretty loosely here, aren't we?

Asking for directions just so you can also ask for money is the easiest way to earn a punch in the throat.

There's a pair of women's underwear on the sidewalk which is so disturbing because who wears cotton briefs anymore?

Pro tip: Honk at girls while they're crossing the street. NOTHING is more arousing than shitting your pants in a crosswalk.

Love waking up in the morning to the sounds of birds chirping, animals scurrying and your neighbor dry heaving in the bathroom.

Saw this ugly couple out for breakfast, proving there's someone for everyone. Also, they should never put mirrors in restaurants.

I think it's cute how so many animals take a nap along the side of the highway.

Just watched a guy use a pen to scratch his head and then, lick the pen clean…in case you were looking for last minute dinner suggestions.

For those of you playing along, it's Miss Bitchy, in the train car, with the candlestick.