Chicago Tribune columnist Mary Schmich says it all about the psychological role of Mayor Richard M. Daley, and of any leader who's been in power long enough to be taken for granted.

"Good dad. Bad dad. The man we've loved to hate and the one we've depended on more than we like to admit," Schmich writes. 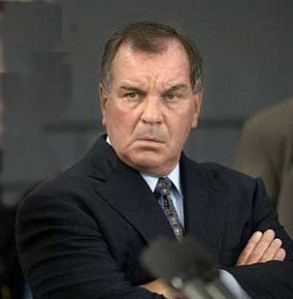 A lot of grownups say they don't want a dad, and those grownups are happy Daley isn't seeking another term. They've had 21 years to accumulate legitimate beefs, not only about particular failures of the Daley administration, but about its values and culture as well. And now, they don't even have to go off to college to escape the old man. He's the one leaving.

But anyone would have been made uneasy last night, watching the behavior of a panel of four Chicago aldermen from wards of widely varying sizes, racial demographics and economic means. Invited on the public TV news show Chicago Tonight to discuss Mayor Daley's impact on the city, their discussion devolved into a siblings' spat about whose ward doesn't get enough money to fill potholes while whose parks are still weedy while downtown Milennium Park gleams while whose ward has magnanimously foregone the new library they're owed—and on and on like that, until the host had to shout to regain control.

What you have without a strong leader is nothing more than 50 people trying to get theirs.

Do we deserve a better leader than Daley? Yes. While he built skyscrapers and fancy parks, he pushed poor people out of the city to make room. He failed to improve the schools and left gang violence to prosper so that dozens of children and other innocent bystanders are killed in Chicago's ghettos every year. His efforts to keep the money flowing—the word "Revenue" actually appears on the vans that carry around the Denver boot to our cars—were as crass as his methods were draconian. We used to have an airport downtown, until Daley found the thinnest imaginable excuse to bulldoze the runway in the middle of the night. And yes, the culture smells bad; it often feels, around here, like an honest deal can't get done, because straight deals don't generate owed favors.

Elitist, boorish, greedy, shabby and dishonest. But as Schmich points out, which midwestern cities would you point to for better leadership? Detroit? Cleveland?

And there's another aspect of Daley's leadership that we'll miss—and it's the gift of leadership that we inevitably fail to appreciate while we have it. It's the cultural cohesion that a leader creates, through the force of a singular personality over a period of years. Schmich:

And one reason Chicago feels like family—I've lived in cities that don't—is that for 21 years, the same guy has been head of the clan, like his father was before.

In deep, subtle ways, the fact that Chicago has been a family-run operation has provided a sense of connection and security. I don't mean security in all its forms; we all know the unemployment rate and the crime stats. I'm not arguing that patronage is good.

But Chicago feels grounded in a way few cities do, connected to itself in a rare way, in part because it has been run by someone who has the city in his history and his bones and his heart.

Cities, like people, go through phases. This has been a good phase for Chicago. We may not appreciate how good until later.

Once I fought City Hall. Somebody brought a sign to one of the rallies I organized, and a young friend of mine kept it, because it was the universally useful for any protest in Chicago.

Someday we may remember nostalgically the time when at least we knew who to ask.