And then one receives an e-mail promo like this one, from a PR guy representing an actual consultant, named Juliet Huck:

Juliet Huck, CEO of THEHUCKGROUP, believes that people aren't SEEING the benefit. She is an expert on using visuals as a way to create persuasive communications (what she terms the “EQUATION OF PERSUASION”) and can speak to what President Obama and politicians should be doing to influence the American public to get behind such programs.

Attached is a visual her group created to show how President Obama’s lack of persuasive communications is hurting his popularity ratings.

Are you ready for the visual that explains the entire first nine months of the Obama presidency? 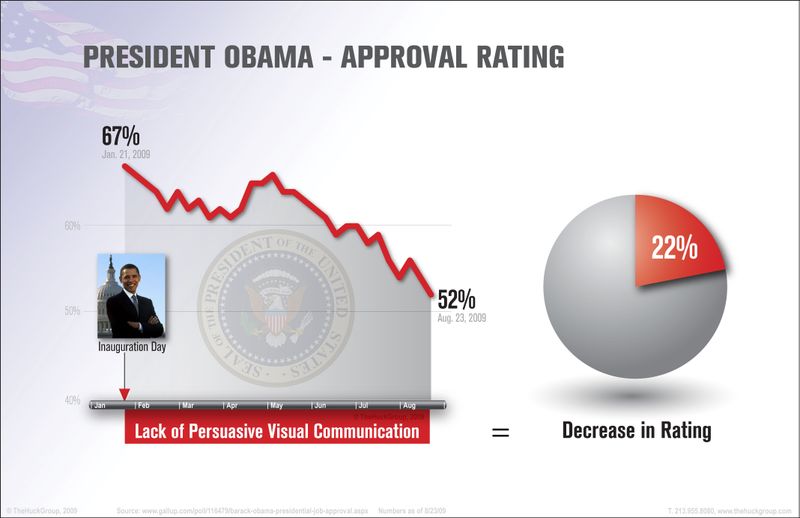 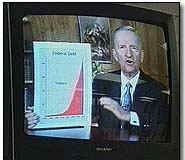 By Huck's reasoning, Ross Perot would be in about his fifth term right now.

Alas: Huck can't possibly believe what she's saying. Which makes her a huckster.

I challenge her to dispute me.